The title is explained at the bottom.

Back to ranting about language.  Everybody likes that, right?

Someone once called me a “prescriptive linguist”, and I had to look that up.  Apparently, the term dates back to a time when there were people saying “This is wrong.” in the sense of “This is not part of the language.”, when something is clearly used by a great number of people.  There are no such linguists of any reputation left today that I’m aware of.  It might have been a common practice back when the “King’s English” was a foreign language, taught as such, in most of England. 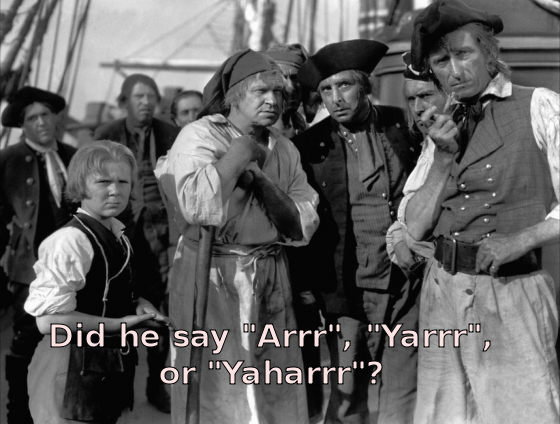 So let me clarify something here:

I AM NOT ANY KIND OF LINGUIST, GRAMMARIAN, LEXICOGRAPHER, OR ANY OTHER RELATED TITLE.

People with the titles above have a job, a paying one if they’re lucky, of describing language, not making any value judgments about it.

What I am is someone who uses language, and probably has a mild disease of some kind that causes him to think about it a bit too much.    People who use language make constant judgments about what gets the meaning across most effectively with the least effort.  The two activities of describing and judging are intertwined, but not the same.

So let’s just run through some things that bug me, based on those criteria:

I.  IF YOU DON’T UNDERSTAND IT, DON’T USE IT.  IS THAT SO DIFFICULT?

This situation often pops up with an old stock phrase that long ago lost its meaning, such as I’ve mentioned before:

or something very specialized that might have no meaning outside that specialty.  I covered some of these in earlier posts:

“take another tack”
“by and large”
“jibe with”
“point blank”

I’m not saying “Don’t use any of the above.”, but they often get confused with each other.  Please understand what you’re saying, if you use them.

A “bill”, centuries ago, could be any piece of paper with writing or printing on it.  The word survives in only a few common uses today:

When a “bill” could be a poster (as in “Post no bills”), “fill the bill” meant to add small-time acts to a show so the poster could brag about more content in the show, aside from the headlined act (who got “top billing”).

Between the two phrases above, a third has been composed, probably from misunder- standing the first two (similar situation to “jerry rigged“).  It has its own meaning, unrelated to the first two:

“Fit the bill” for “fulfill the requirements”

This has probably become popular in my own lifetime.  I can’t recall hearing it when I was young.  Might come from people thinking “invoice” or “bill of lading” whenever they hear “bill”, and forcing a new verb in to give it a meaning they understand.

Something I heard from a news show host recently.  Anyone can be ignorant, or stumble in speech, but if you’re paid to talk, I expect some standards.  Is that too much to ask?

One is tempted to say this is “not a word”, but of course if people use it and think they’re conveying meaning with it, it is a word.  But does it really convey a meaning?

What “choice” is Hobbes known for having made, or presented?  If you can’t answer that question, it has no meaning.

There is a well-established old phrase:  “Hobson’s choice”.  It means “no choice at all, take what you’re given”.  It’s from a famous old keeper of a livery stable who rented out horses on a strict rotation.  Since you need to look this up to know what that phrase means, it effectively has no meaning nowadays.  Why use it?

A couple of gems also gleaned from the idiot box:

Jeez, guys, nobody’s paying me to say anything, and I know what “beyond the pale” means.

“Pale” is an old word of Latin origin for “post”.  You know what being impaled is?  A palisade is a big fence made of posts, right?  So “pale” can be a fence or some kind of border, usually used in reference to the “pale” around the British-controlled part of Ireland, or the border beyond which Jews were allowed to settle in Russia, not that this means anything to anyone today.  If you had to hear it from me, or look it up, why are you using the phrase?

Now that posts have been mentioned, a little digression:

Moe recently pointed out that some people are using the noun “blog” for “post” these days.  The evolution of such words is getting way ahead of itself, I’m afraid.  Let’s break it down:

“Log” noun – hunk of wood:  tied on the end of a line and cast off, part of the apparatus for estimating a ship’s speed

“Log” noun – daily record of a ship’s voyage, with recorded speeds at various times, vital for estimating one’s position on the map

The first of the nine words above dates back several centuries.  Of the nine, five of them have arisen in the last 25 years.  Can we please slow down a little?  The last “blog” noun duplicates the last “post” noun, and can make some real confusion.

II.  ATTEMPT (FAILURE) TO BE EXPRESSIVE

Let’s take them one at a time.

There’s an ancient use of “go” for a sound that’s not a word:

Children might not be able to distinguish between a word and a non-word, but they can grow up.  Still waiting for some people in their forties to grow up.  To introduce a quote with “He goes…” is to suggest that he is making inarticulate animal noises.  It’s an insult.

“Be like” dates back a good fifty years or more, but was used to introduce a performance, not a simple quote.  In conversation, recounting another conversation, for instance, one could say, “He was like…” and then go into a mimickry of the person’s posture, tone, gestures, and whatever else might have accompanied the quote.  Such performances could be very entertaining sometimes, and naturally were emulated.  But there’s a law about stupid people explaining what smart people have told them, and it also applies to acting:  The meaning will eventually, if not immediately, be lost.  “She was like…” now introduces the simplest of quotes, in writing, where “She said…” means exactly the same thing.

There’s also another use of “be like”:  to introduce a paraphrase.  Something to remember about paraphrasing:  It is taking a liberty, often a great, inaccurate, unfair liberty.  When I see this use of “be like”, I know it’s someone desperate to put words in someone else’s mouth, or to quote themselves saying what they WISH they had said.

Then there’s the “be all” phrase:  an assertion that someone’s whole state of mind, or whole being, is summed up with a contrived paraphrase attributed to that person.  It’s often a feature of sloppy polemics, and deserves to go wherever Andrew Breitbart is now.

III.  HUMBLE OR ARROGANT, CAN WE MAKE IT CLEAR?

Some people apparently think the three are interchangeable.

An English teacher long ago marked an “I think” in one of my compositions as superfluous because:  “It goes without saying that everything you say is what you think.”  I agreed, and applied this for the next few years in my speech.  I suffered for it.  People began observing
that I sounded much too certain and absolute when I spoke.  I got branded as “arrogant”.  I needed that “I think” to say “This is what I’m going with, though I’m not entirely certain.”  So I still use it, probably too much now, to convey some degree of uncertainty. 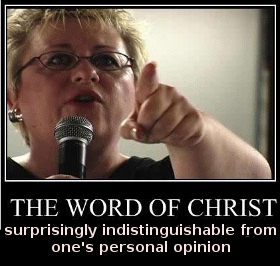 “I believe” is used the same way.  They are both used in the opposite way, too.  This must really mess with non-natives.  The difference between an arrogant “I believe…” and an uncertain “I believe…” is all in the rhythm and intonation.  We all probably should avoid such things in writing, unless the context makes it clear.  (Nothing makes me shut my ears faster than an arrogant “I think…” or “I believe…” unless it’s meant facetiously).

But “I feel” is never used for uncertainty.  It’s all about a proclamation on which the listener is expected to place considerable value by the speaker.  How did this come about? 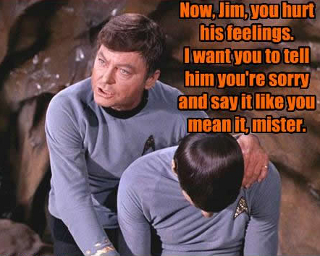 I’m tempted here to blame some features of our culture that have crept in over the last few decades, e.g.,  a perceived need to get people to talk about their feelings for its own sake.  There be dragons. 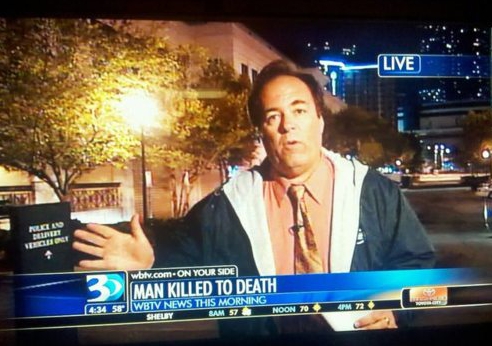 Usually pejorative or condescending.  Sometimes a tone of pity.

I can see how this creeps into speech:  There’s some quality that you associate with youth.  Maybe innocence, ignorance, naïveté, clumsiness, but the first adjective out of your mouth is “young” somehow.  Then you need a noun for that adjective, but none comes to mind.  You’re still stuck on that “young” thing, and “kid” just comes out.  Fine.  We all stumble a little in speech.  So why do I see this in writing?

Books have been written solely devoted to the atrocities of management speak, and this is perhaps one of the earliest examples.  Think about it.  What kind of clock is there that is not concerned with time?  So why the extra word?  Ah, perhaps because “time” that you get paid for is something different from any other measurement of time.  The only time that matters.  Deserves an extra word to emphasize the obsession.

In a dictatorship, such as most private companies are, managers are rarely questioned about their language.  There are far more important things that they never get questioned about, so “time clock” for the clock that you punch in & out on was easily established.  It’s only the beginning of a whole realm of jargon with much that’s useless.

Somehow, it has slipped into other places, as in “my internal time clock is off this week.” (a quote from a blogger I read sometimes), or references to a “biological time clock” in all kinds of trashy writing.

The laziest catch-all for anything a manager, especially an HR manager, doesn’t like.  There certainly is behavior that could be judged inappropriate for any given situation:  wearing a coat & tie on a blazing summer day, or letting a phone call from a customer just ring away while observing a fellow (barely acquainted) employee’s birthday.  But that’s not what I’ve seen “inappropriate” used for.  Most often it’s whatever trivial thing bugs someone.  Completely unpredictable.  See also:

When you profess something, you’re at least making a statement, maybe taking an oath.  A “professional” has declared something, maybe some degree of competence or adherence to standards in a certain activity.

So what does “professional” mean when you see it in personal ads?  Has the last fig leaf been removed from a prostitution ad?

When behavior is decried as “unprofessional” it can make sense, if the person has professed something, but you wouldn’t believe some of the contexts in which I’ve seen this word.  The humblest temp worker is called “unprofessional” for eating at her desk or laughing “inappropriately”.

The feeblest attempt to lend some kind of authority to “This is the way we do it.”, usually given with no background at all on how someone arrived at the conclusion that some way of doing it is “best”.

Ok, that’s enough of my whining for now.  If I’m lucky, I’ve offended someone enough to inspire some comments.

*  One of those silly things that circulate:

“Your Superhero Name:
The color of the top you’re wearing and the first object on your right”

This made me “The Grey Speaker” the first time I saw it, and seems oddly suitable for a language post.

This entry was posted in communication and tagged English, grammar, language. Bookmark the permalink.