IT’S LONG PAST TIME TO…

I finally can publish this. The outline existed months ago, but publishing then would have gone over even worse with many people than it will now.

All the hoopla of the Sanders campaign has come down to a few items in the Dem Party platform, a document about as meaningful as a typical campaign ad.

Oops, how could I forget?  Bernie’s going to fold his campaign into a non-profit and a PAC or two to add to the list with MoveOn, PDA, and DFA.  Is that another earthquake, or the plutocrats shaking in their boots?  Sorry, no.  My next-door neighbor is walking across the floor. 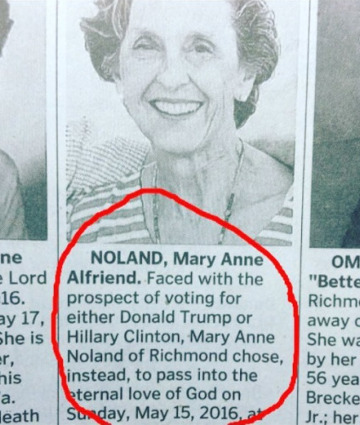 All those new recruits into the Dem Party are now expected to fall in line behind Her Herness.

Before now, there were people desperately hanging on to a thread of hope that Sanders could actually get elected, if not as a Dem, then as an independent magically appearing on the ballot of our hearts, though not in the voting booths, or maybe as a Green. It was very difficult to talk to such people.

I made my prophecy more than a year ago here:  https://kitchenmudge.wordpress.com/2015/06/09/since-you-asked/ and it has largely come true. Though Sanders made a stronger showing than I expected, 99% of the media coverage he got was all horserace stuff about whether he could hurt Hillary. Very little about the issues that divided them. Much time and energy was diverted into a dead-end campaign.

So now, Sandernistas, you need to decide what you’re going to do with the rest of your lives.

Maybe you’ve gained some skills and made some new contacts working for Bernie, and these can be applied any number of ways in direct action, or in down-ticket, local elections. Many activists operate in several organizations at once, and that’s good. But a political party is inherently competitive with all other parties. You need to choose one and stick with it if you want to accomplish anything.  Helping one means hurting all the others. No getting around that.

WHO I’M NOT TALKING TO HERE:

If you have ever seriously considered voting for either Clinton or Trump, you’re NOT the people I’m talking to here.  You don’t need to be part of this conversation. If you want to chant “Nader/Florida/Spoiler” at us, you are beyond reason.  I wrote about all I care to about that here:
https://kitchenmudge.wordpress.com/2011/11/18/launch-of-the-carnada/
some years ago.  If you want to repeat “A vote for (not Hillary) is a vote for Trump”, you clearly don’t understand where votes come from, how to read polls, or how the electoral college works.

WHO AM I TALKING TO HERE?

Quite a few different people, with different histories and inclinations. I like to make lists. Let’s see if I can break it down effectively. The names I might give these categories are imprecise and might not really capture the essence of any group, but I need something to abbreviate them.

Not really noobs, since some of them now have experience in a real political campaign. That’s one thing we have Sanders to thank for. But many of them tend to be either young or less than five years politically active, and have certain things in common:

– 9/11 might be the earliest political event of which they had much awareness.

– Perot’s candidacy, the brouhaha over NAFTA, Seattle, and Nader 2000 might be faint echos of their childhood. Nothing said about such things is likely to resonate much with them.

With people this young, it’s no surprise that they were slow to notice us. That the Greens have been around advocating for the 99% since the 1990s is something the msm have been very careful not to tell them.

My message to them:

By all means, register Green, run for office as Greens, and back up those who do. We’re always short of people who want to do such things. Work and vote for Jill Stein, but remember that the presidential race is a sideshow. It’s not where a party is built. Start locally.

What you might NOT want to jump into right now is the politics within the Party itself. It’ll take some time, with some new recruits, for us to put that in order.  When you go Green, you’ll have to be patient with the old hands who have kept the Party limping along, barely maintaining our legal existence against ridiculous odds, for 15 years.  See my earlier rant:
https://kitchenmudge.wordpress.com/2010/02/07/why-dont-the-greens/

It’s been a while since we had a sausage factory like the Nevada Dem convention, but it’ll take quite a while to get to know the players within the GP and understand what’s going on.

Fortunately, it’s only at the Presidential level that Greens need to think about nominations within the Party much, and as I already said, that’s not where we most need to work.  You don’t even need to come to Green Party meetings if you’re busy with candidate campaigns. We’d love to have you come and talk about your campaigns, and a Party meeting is one place to solicit support and learn what other Greens are doing, but a campaign is a separate entity from the Party. If you have enough support to run for office, you might not need a party at all. Don’t expect the Party to make up a campaign for you.  No party does that.

Mitigating this is the fact that we love to see new people come in. For a good 15 years, the category below, Professional Liberals, who might agree with us about everything else, have made sure that most people never hear of us. New recruits are highly valued. They will have far more influence in the GP, if they just stick with it, than they would in the Titanic parties.

In short, stay close to the ground, and take it easy on other Greens. 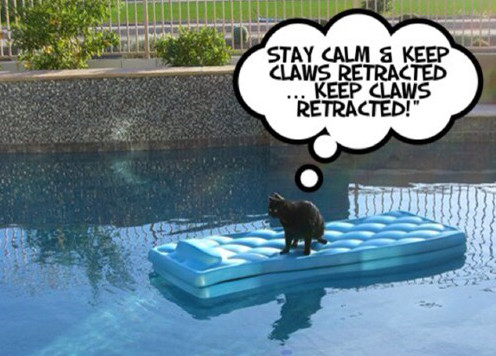 The historical origin and various connotations of this word don’t really apply, but I like the image of “mug on one side and wump on the other”.

We all know a few. They might register Green from time to time, and might even hold positions of some responsibility in the Party sometimes, but whenever a Liberal Dem messiah like Kucinich or Sanders comes along, they think it’s nothing to re-register just to add one vote for the Messiah in the primary.

There is no messiah.  There will never be one.  It’s up to us poor bastards to do it from the ground up.  Got it?

This time around, I’ve seen special allowances made for mugwumps, changing the usual rules about being registered Green to participate, just because Bernie was so fracking special.  It makes a huge waste of time deciding how to deal with such people.

I don’t think this will happen again. Bernie’s getting old, and won’t try again, and no one else with anything like his “independent” credentials could have as much pull among the Dems as he has had.

My message to them:

You’ll want to stay Green and show loyalty. Voting as a Dem while being Green at heart is a little dishonest to begin with, but more important, there are far, far too few registered Greens to make any difference in a Dem primary. There are plenty of Greens to make a difference in keeping us legally in existence with our registration numbers.

When Dems tell Greens: “Just register NPP temporarily to vote with us. You can re-register Green later.”, you should hear one thing and one thing only: “Kill the Green Party.” They know that most people will take their sweet time going back to Green, if they do at all, because they don’t understand the importance of it. The Dems want to kill us. Tell them to go suck on a Trump Steak.

“But, but…. I only care about issues and getting policies through!
What’s all this party loyalty crap?”

Party loyalty is about getting policy done. Registration numbers send a signal to the professional politicos every day.  Without the Greens, the Dems would have nothing at all threatening them on their “left”, and they would move to the “right” even faster than they’ve been doing. Without the registration numbers to keep us legally recognized, it will be much harder to get Greens on the ballot in most states.

You’ve seen what challenges within the Dem Party come to. That’s what they’ll come to every single time. How many times do you need to see it to learn?

We’re trying to build an organization here, and we need to know who’s in and who’s out without any ambiguity.
.

I’m talking about just about anyone who ever wrote for The Nation, and others whose main claim to fame is their commentary on what other people do.

Though they might have considerable name recognition, and the ability to draw some people with them, they rarely take much direct action themselves or run for office. When they choose a side in electoral politics, there are usually marketing decisions involved; don’t want to alienate too much of the fanbase.

Even if all they do is write, they like to maintain an illusion of being some kind of “leader”.

So my message to them is:

Yes, The Dems have been able to reward you much better throughout your career, and if you now finally say: “Hey, we need a third party in this country!” it serves your masters well to pretend that the wheel hasn’t already been invented.

Admitting that the Greens were far ahead of you is difficult, isn’t it? To admit that Green is the logical way to go would be lending strength to something that you didn’t start and can’t control. Recognizing that Green was the way to go 20 years ago, and that if you had dragged a few skilled people over with you then we might have accomplished something by now is very hard, I imagine.

But think of your legacy. Many of you have already made your money, as much as any reasonable person needs. Wouldn’t you like to leave the world better than you found it? 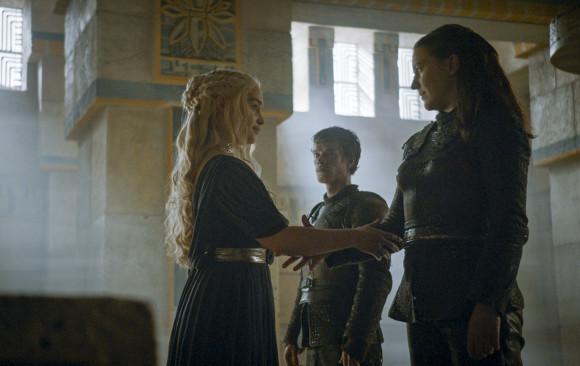 If you see an ad below, that’s WordPress paying the bills, not me.

1 Response to IT’S LONG PAST TIME TO…