I’m not used to this flattery.

Copied below is a comment I received on my last post (Apocalypse Now & Then). I didn’t approve it for posting because I first wanted to compose a proper “Thank you” in response. I also didn’t want my readers responding and starting a pointless flame war.

But here it is. Apparently, I deserve my own troll now.

And naturally what we must assume is that what
‘you’ submit must not be propaganda? You, with
a rather affected, premeditated, but puerile
moniker must possess the unbiased political
acumen that no one else has.
You, an insignificant non-entity of conformism
think that you can enlighten us to something
that only you thought of. You, a meaningless
blogger, in today’s world of meaningless
bloggers, is going to somehow edify the
world on your incalculable knowledge of
nothing.
The compulsive dysfunctional narcissistic hubris
of the left has ceased to amaze me; it’s
just redundant propagandistic rhetoric
spewing out incessantly from the box of
denial and hypocrisy, such poor losers.

“Edward”, or whatever your name is, you raised my spirits quite a bit here. Just as our so-called President calls a sitting judge a “so-called judge”, and calls the most boring, mainstream, professional media “fake news”, by bothering to compose a comment calling me a “meaningless blogger”, you prove the opposite.

I never meant nor expected this blog to be anything but a repository for personal rants that I get tired of repeating in other places, such as email dialogue, and a place for my acquaintances to comment on my observations. The fact that someone with an animus against me should think it worthy of attention proves that I must be having some kind of influence. Wow. From time to time, I’ve almost given up on maintaining it. But maybe someone actually reads it from time to time?

And look at how many words were spent just to tell me I’m insignificant. The old “protesteth too much” is very much in evidence here. It’s something I might compose myself if I were to make a sock puppet to make my blog a little more exciting and at the same time ridicule anyone who might disagree with me. 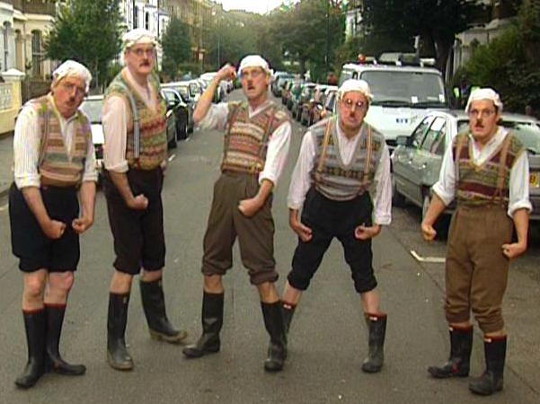 If the Breitbart clowns, or some such organization, is paying “Edward” to troll me, they’re really not getting their money’s worth.

10 Responses to I’m not used to this flattery.