CONTINUING WITH “SERIAL”: THE LAZINESS OF EVIL

Posted on February 2, 2015 by kitchenmudge

Spoiler alert! Trigger alert! Every lert you can think of. Them lerts are everywhere,
dang ’em.

Remember that line from Jeremiah Johnson:

” …a tribe’s greatness is figured on how mighty its enemies be.”

That’s what Hannah Arendt ran into when she coined the phrase “banality of evil”. It was just too much for some people to think of the Nazis as ordinary humans, trying to get through the day like anybody else. She was ostracized for proposing that the archetypal enemy of the 20th century was not a nation of monsters. The thought that some of the greatest evil in recent history happened simply because millions of people doing ordinary jobs didn’t have the time, energy, or courage to look closely at what they were doing was too horrible to contemplate.

But that’s the terrifying truth: Most of the worst of humanity comes out when people are simply lazy, projects are underfunded, or there’s not enough time to do a good job. Since this happens all the time, any of us could fall into it any time, as either perp or victim.

Submitted for your approval: the case of the murder of Hae Min Lee. 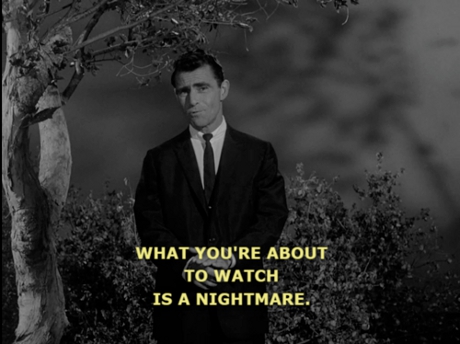 You’ve all listened to the podcast by now, right? In a twelve-hour binge, if you only discovered it after it was done, eh? Listen here, if not: http://serialpodcast.org

So you know that the prosecution had a very weak case:  the word of one presumptive accomplice, known as Jay, who never did any time for his part and told the story VERY differently every time he was questioned, backed up only by the defendant’s cell phone
records, which MIGHT partially corroborate SOME of it. The prosecution simply didn’t use any parts of the records that might have disagreed with their narrative.

When I say “told the story very differently”, I’m not talking about details. Suppose an eyewitness to the Lincoln assassination told of the victim sitting in a theater box in Washington on first questioning, then changed it to riding in a limousine in Dallas the second time. That’s the kind of differences we’re talking about here.

The podcast plays some audio of the defense attorney pointing out the apparent lies in this witness’s story, but somehow it just didn’t sink in with the jury. They convicted after only two hours of deliberation.  Jurors need to get on with their lives, and are chosen for their ignorance and inability to get out of jury duty to begin with. Score one for the laziness of evil.

Now, I’m not saying I know the guy is innocent. Far from it. I don’t think there’s enough information to be at all sure one way or the other. But the way criminal trials are supposed to work is that someone is convicted only when the jury is certain “beyond reasonable doubt”. Clearly, that was not the case here. The jury applied a much lower standard. Counting on that, the prosecution was applying some pretty low standards of its own to even bring such a case to court. There’s where the laziness in my title really shows up.

I won’t claim to know much at all about police work, but it’s a pretty safe assumption that it’s not AT ALL like your typical formulaic tv cop drama, eh?

There’s a pretty easy explanation for why Jay kept changing his story with the many retellings: He was trying to give the cops the narrative they wanted. The cops, for their part, were trying to put a coherent case together, and careful investigation costs time and money.  How much easier is it to just drop a hint here & there; “Are you sure it was then?  Are you sure it was there?” and get the witness to conform to your narrative?

Let me break for a moment and mention that one thing that comes up from time to time in discussing Serial is The Wire. It’s another series that most viewers recommend to everyone they know, and it’s fiction based on reality, written by two people who were a journalist and a detective in Baltimore for some years. Uh, yeah. Baltimore. Crime. Those are the other things Serial has in common with The Wire. Here’s The Wire‘s view of what is the main concern of police, prosecutors, and politicians when it comes to crime:

In other words, “Make it look like we solved more crimes this year than last year, I don’t care how.” They’re not gods. They’re people like you & me, trying to clear stuff off their desks so they can go home and have a life without looking too bad to their superiors or the public.

Have you never cut corners at work?

So, the cops had a couple of things to fit together with what Jay was telling them: (1) the call logs, (2) one witness (Jenn) who backed up SOME of his story, but had a similar habit of speaking word salad, and (3) whether Jay could tell some details about the body or the car that weren’t made public. They wanted to somehow fit all this together, and how they did it has been exposed in some detail in Susan Simpson’s blog.

My conclusion: They stretched quite a few things to fit, just so they could say the case was solved and hand it off to the prosecutor. Score another for the laziness of evil.

Now, again, I need to pause to correct a likely false impression here. I can appreciate laziness as much as the next guy. Pa Kettle is one of my heroes.

There are times when laziness is not only harmless, but a positive good. If you’ve ever read Cheaper by the Dozen, you know that there was some question as to whether the efficiency expert was inspired by simple laziness. I try to apply laziness wherever possible, and thereby spare the world all the noise and confusion of unnecessary effort. I consider this an honorable ethic. 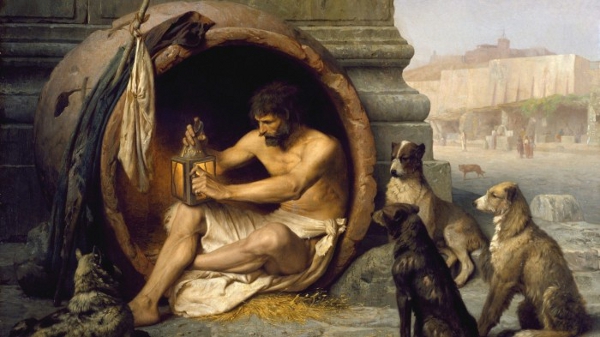 But back to the story of Serial….

The cops and prosecutors knew very well they were taking shortcuts. They were probably dealing with shortages of time and money the way they knew how. It’s hard to be very mad at them for that. The taxpayers demand it when they decide to pay for more drones and armored cars and fewer investigators. Don’t pay jurors, and you guarantee that smart people will avoid service and sloppy cases will get rubber-stamped.  Divert a few supertankers of cash toward enforcing laws that shouldn’t exist, and you know where our society’s priorities are. 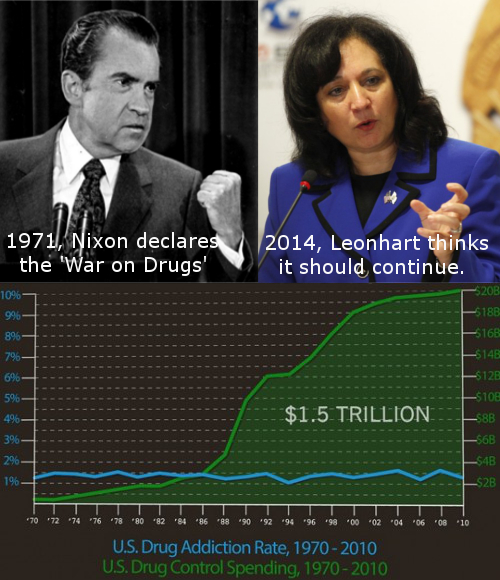 What’s more difficult to take is not just laziness, or hypocrisy about it, but lazy THINKING.

Google her. She has a few interesting articles up on the web.

One of the great gaps in Serial was the fact that the prosecutors and detectives, and their star witness, all refused to be interviewed on the record. I have no reason to doubt that Sarah Koenig and her crew would have loved to interview them, and were refused.

But then Serial became something of a media sensation once it was a published, finished product. What do you think happened then?  People who had refused to be interviewed noticed how they were getting undesirable attention for it, and suddenly decided they might want to tell their side of the story.

Another thing that happens when something becomes a media sensation is that everyone with a web site wants to hop on the bandwagon for click bait.

Well, as Vargas-Cooper relates here:  http://observer.com/2014/12/heres-how-the-intercept-landed-serials-star-witness-for-his-first-interview/, she was recommended by friends of friends of Jay’s lawyer as someone who might be a good reporter to interview him. She listened to the podcast over a couple of days only AFTER this was arranged. 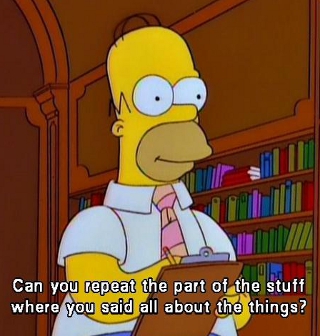 In other words, she made no particular effort to familiarize herself with the case except a one-time listen-through of the podcast.

That would be ok if it was something that had to be done in a hurry, and if she were honest about it, not pretending to know more about the case than Sarah Koenig, and not trying to gloat over getting this interview. Oh yeah, and not trying to manufacture some kind of moral high ground for herself.

But that’s not what happened.

A little after the Jay interview, she conducted an interview of Kevin Urick, one of the prosecutors in the case https://firstlook.org/theintercept/2015/01/07/prosecutor-serial-case-goes-record/ and you’ll notice the long preamble to the interview, in which several assertions are made with nothing to back them up, casting doubt on Koenig’s objectivity and efforts as a reporter. No one who even gave a careful listen to the podcast would do this seriously.

The obvious motive for aspersions cast on Koenig was a “contrarian” pose for its own sake. Koenig declined to reply to these provocations, much to Vargas-Cooper’s disappointment, I’m sure. The latter would have loved a trolling match. Click bait gold, if it had happened, but it was not to be. The Serial folks were too classy to cooperate. 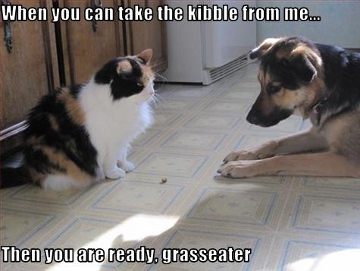 Vargas-Cooper “resigned” from the The Intercept and went over to Jezebel soon after the Urick interview was published. I could go on about this, even picking on her ancestry (Old Pacifica listeners will remember her father, Marc Cooper), but I won’t. It’s all there on the web if you just Google her and her dad. As someone observed here, “She needs to go cover some city council meetings…”

The good guys in this drama are clearly the non-lazy. The “guilty” camp has a few hard workers, but they seem badly outnumbered by dull trolls for the prosecution.

Listen here:  https://soundcloud.com/senileoldfool/sarah-koenig-at-penn-state to get some idea of what the Serial crew had to go through to put 15 minutes of one podcast together. Susan Simpson has been doing considerable analysis, and of course, there’s Rabia Chaudry. Strongly partisan, but bothering to acquire and publish original source documents for the public.  EvidenceProf has posted quite a few things about legal issues in the case.

Your typical subredditor is probably much better informed about the details of the case than Vargas-Cooper.

Lots to read if you want to go down this wormhole. 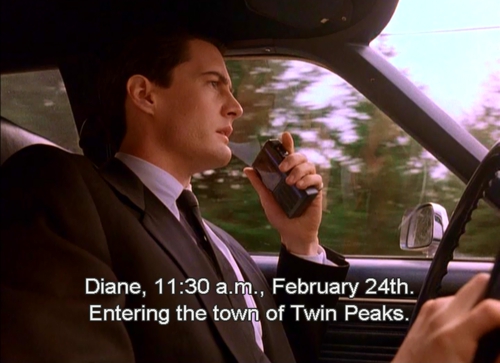 4 Responses to CONTINUING WITH “SERIAL”: THE LAZINESS OF EVIL